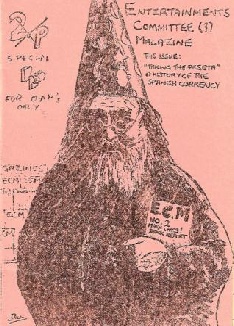 BLUNDERBUSS was the name of the revamped Entertainments Committee Magazine. It was produced from early 1977 onwards.

BLUNDERBUSS was originally (and rather boringly) called the Entertainments Committee Magazine or ECM and was sold for a penny throughout Farnham College, and in the College Tuck Shop.

Our previously distributed “new” paper BLUNDERBUSS was designed to keep members of the Farnham Grammar School "Class of 71" and the Farnham College "Class of 76" in touch. The first paper issue of the “new” BLUNDERBUSS was circulated in June 2005, and was designed to be issued periodically rather than regularly in the hope of keeping people in touch and advising of forthcoming events where you could meet up (or arrange to be otherwise engaged).

Over time we decided to launch this website instead, and we hope the website will encourage more of us to keep in touch.

BLUNDERBUSS follows on from the highly successful reunion which took place in Farnham College in November 2000, when a number of us decided it would be a good idea to keep in touch a bit more frequently than once every quarter century.

Being aware that the alleged formality of the Old Farnhamians' Annual Dinner is not to everyone's taste, BLUNDERBUSS is designed to keep you informed of other events where you may like to touch base with some of your former classmates in more relaxing surroundings (such as the annual Farnham Beerex).

Currently BLUNDERBUSS online is masterminded by Mike Mehta and John Clarke, who just so happen to have been involved in the production of the original BLUNDERBUSS. Co-incidentally they are both on the OFA Committee.

BLUNDERBUSS is primarily designed to keep more of us in touch. We welcome your feedback and contributions to this site. 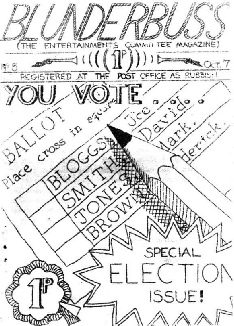 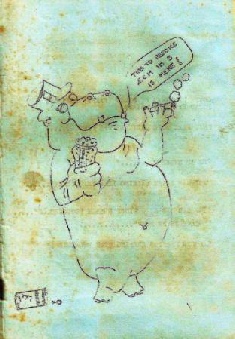